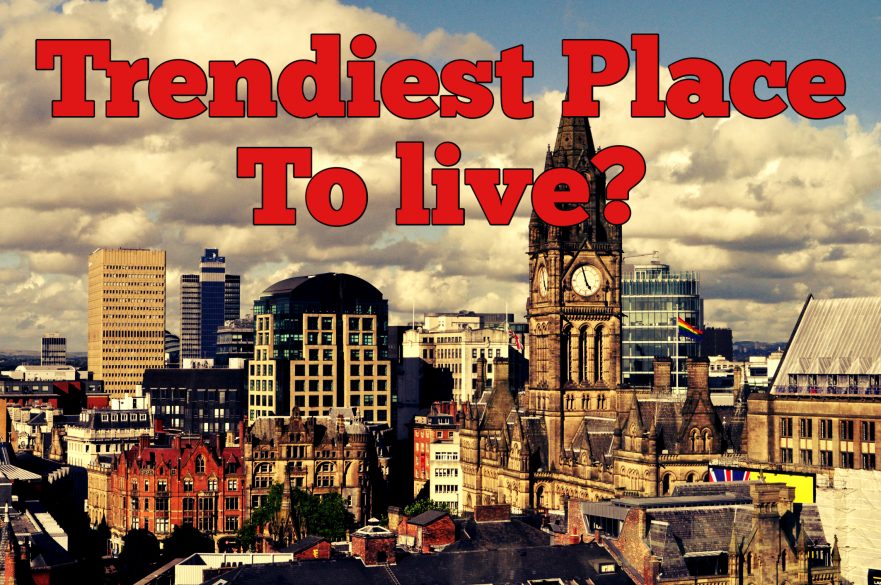 Manchester. Britain’s trendiest place to live, apparently? Manchester isn’t the largest city in Britain, yet certainly up there. It seems to have a certain vibe about it that really is unique and perhaps we wouldn’t call it trendy as much as we would call it funky. Here are a few reasons why we believe Manchester is the place to live for pretty much anyone.
Art and music
Manchester has the highest ration of business related to the arts, around 5% in comparison to London’s 4%. Art in Manchester feels second to none and we are not just talking about the Mancunian artist Lowry. Manchester has produced musical artists that really have taken to the world stage massively. Most notably Take That and The Stone Roses but also artists like Oasis, Noel Gallagher and The Smiths in the rock world as well as the Mouse Outfit and artists parts of the Lvlz in the grime and hip-hop world. On a canvas platform in art (pardon the pun), the Whitworth Art Gallery and Manchester Art Gallery are nothing to be taken lightly!
Theatre
On a more specific note in the art world, theatre is massive in Manchester. Starting with the Contact Theatre which is set for renovating itself despite already being modern in April 2017. Manchester in 2105 also gave birth to the youth theatre Home, in a massive attempt to capitalise on the creativity the youth of Manchester has to offer. In addition Manchester hosts conservative theatres like the Apollo and Palace Theatre (next to the Palace Hotel which Hitler actually wanted to make his home but thankfully could not!)
Science
The University of Manchester recently won a Nobel Prize n physics as they invented Graphene, world’s strongest, thinnest, flexiest and most conductive material of electricity and heat. As well as being the home to Prof. Brian Cox and the 2nd largest Chemistry labs in Europe. It also is the place of Alan Turing who was part of the first computer with storage which was built in Manchester. Best of all we used science to create Vimto!
Dining
Though we are still looking for that illustrious Michelin star, Manchester does boast the highest percentage of restaurants with Michelin recommendations. Manchester’s simple diversity gives it an edge in dining and her cuisine. The dynamics and range of food to be discovered in Manchester is everlasting and not hard to find.
Diversity
On the topic of diversity we understand Manchester boasts hosting people from all walks of life from all corners of the lobe, whether they are American, Australian or even alien, Manchester certainly seems to have it. In fact 4 years ago The Guardian released an article and suggested ‘Linguists at the University of Manchester have discovered that their city boasts a population that speaks at least 153 languages, making it one of the world’s most diverse places linguistically.’ This would actually make Manchester 2nd only to New York! Hardly surprising when two-thirds of their school children can speak more than the one language.
Property
Manchester property is our expertise and Manchester properties are excellent as all these thing’s listed above and more are always so close with such strong public transport network in Manchester and Greater Manchester like the busiest bus route in Europe on the Curry Mile. It really is great finding a property in Manchester and Atwel James would only ever love to be part of that process and make however long you stay in Manchester, whether it be for a year or for a lifetime, we want to make sure you realise that it really is the trendiest and perhaps the most exciting place to live (without the sun).